Written by Katie Kopchik
Updated over a week ago

The Points Modifier features offers improved customizability for the purchase rule in the form of rule modifiers.

On the purchase rule page, you will be able to see a section called `Modifiers`. 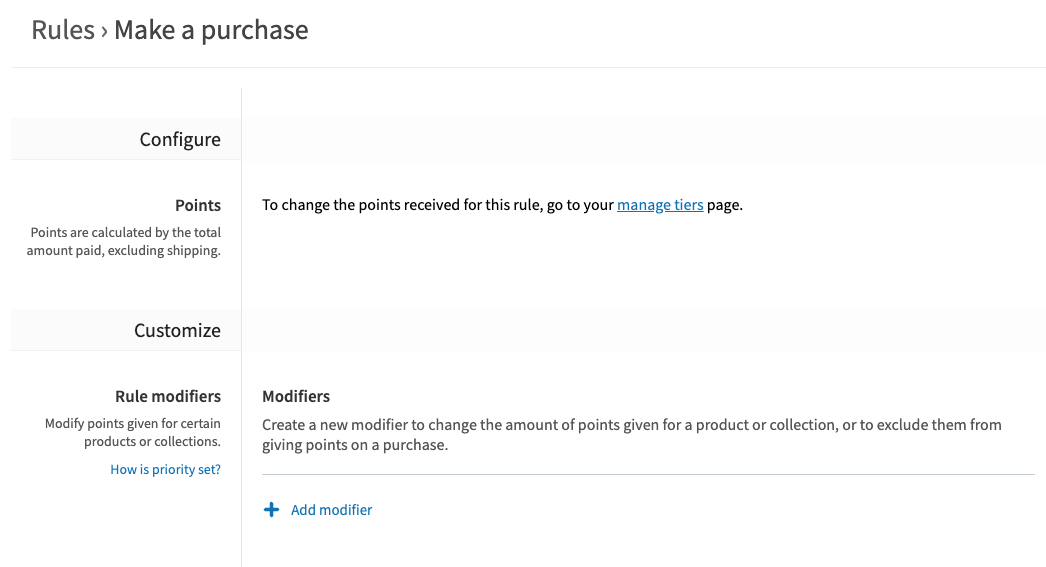 By adding a modifier here, you can award either more or less points for certain products or collections. 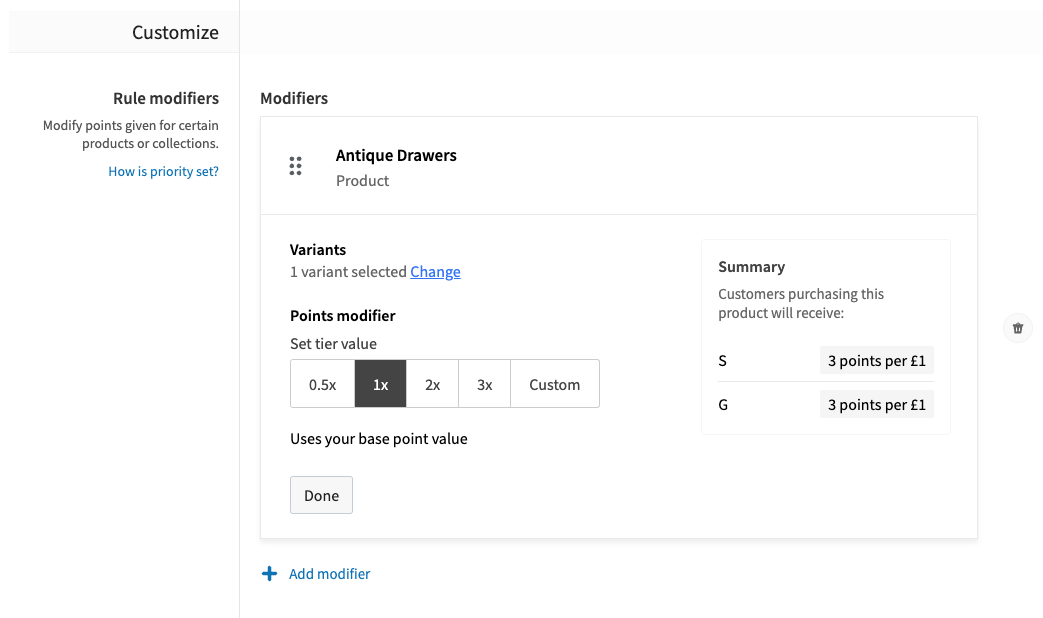 For this example, we have a modifier for Antique Drawers. If the selected multiplier was set to 2x, any customer who purchased it would receive double their usual amount of points. If it was set to 0.5x, they would instead earn half the usual amount of points. Custom values can also be used to set a flat rate of points regardless of customer tier. For example, if there was an item that you did not want to award any points for, you could create a modifier for it with a value of 0 points per unit of currency.

Modifiers can be created for collections or products. Modifiers that have been created for products can be for all variants of that product, or only certain variants. For example, if you sold t-shirts you could award double points for the red variant, but not for the green or blue variants.

Only one modifier can be applied to any individual line item. If a line item would be affected by multiple modifiers (e.g. a product modifier and a collection modifier) then only the first one in the list will be applied. Modifiers can be reordered by dragging the dotted handle on the left hand side of their row.

Did this answer your question?